The college students could be difficult to pin down. 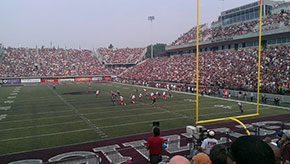 With more than 50 student employees to schedule for some events, Tia Fluri, special events manager for The University of Montana Intercollegiate Athletics, already used Orbital Shift scheduling software. Students enter class schedules and other unavailable times into the system, enabling Fluri to easily match available students with open assignments at football games, track meets and other events. For Fluri, the challenge was hearing back from students confirming their schedules. This was especially important because work schedules could be sporadic, with some students scheduled for only a few hours here and there.

Fluri dug through her email messages to find out who was confirmed to work. Then she walked over to a whiteboard showing the upcoming week’s schedule and put a check mark next to confirmed shifts.

She needed another method. 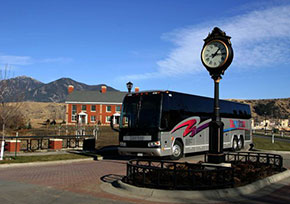 Dan Martin, general manager at Karst Stage, a southwest Montana transportation company, had a related problem. The bus company uses Orbital Shift’s employee scheduling, time clock and communication features. Martin says they started out mainly using text messaging and email features to communicate with the nearly 100 drivers of the company’s 60 vehicles: Bozeman and Big Sky city buses, West Yellowstone school buses, airport shuttles and charters. For Martin, too, the problem was employee schedule confirmation. If a driver didn’t show up for a shift, a lot was at stake. Texting for confirmation felt clunky.

Talking to Fluri and Martin got Orbital Shift founder Kevin O'Reilly thinking. Employees already had to log into Orbital Shift to see their schedules. Then they had to leave the system to confirm those schedules. What about a check box next to an employee’s schedule in the system, similar to Fluri’s whiteboard method? By checking the box, the employee could signal that the schedule was confirmed.

“He went to work on it,” Martin said, “and voilà, a few weeks later we had the checkbox confirmation. The driver simply goes in and checks that they know about the shift. The dispatcher scans everything two days out to make sure all shifts are checked by drivers. If they are not, the driver gets a call to confirm they know about it.”

It worked for Fluri, too. “The new confirmation button not only solved the issues we were having in the office tracking responses but made the process easier for our students as well,” she said.

It's one reason Orbital Shift is a little different.